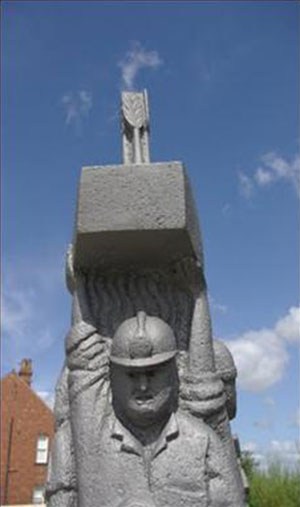 Selection of different castings made from polystyrene for Linear Park Selby. can be seen at Ailsa's blogspot.

The Colour of Light

H. Downs & Sons use the Spectrometer

A year on from purchasing the spectrometer the results have proved beneficial to H. Downs & Sons and our customers. The first benefit comes from being able to test the material content of the melt before casting and adjust if necessary, rather than finding out a few days later the casting which is all cleaned up and ready for dispatch is out of spec and therefore no good, then going through the whole procedure again. The other benefit is the mixing of special alloyed irons such as Ni-Resist and Ni-Hard. We can use the cupola to melt a bulk of basic iron, whilst in the electric furnaces we can produce a concentrate of nickel manganese, copper and chrome, which is added to the bulk. This has expanded our capacity towards 4.5 Tonne castings in the Ni-Resist range and on most metals we are now limited to our crane capacity of 5 Tonnes. This limit on the lifting capacity in the foundry casting area has always been a hurdle, but one which is easily overcome by the fact we have three travelling cranes in this area which run the whole length of the shop. 5 Tonne of metal in the ladle would weigh 6-7 Tonne, so we split the melt equally into two ladles and cast the mould using two cranes simultaneously, one either side of the job and running into the same collecting bush. 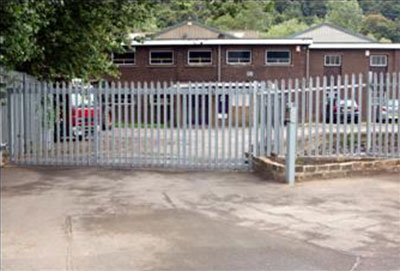 Our insurance company offered us an annual reduction, which was half the price of the cost of a security fence. So we now have a secure area with automatic gates. Allowing us to keep internal gates open during the day. New signage gives deliveries and pick ups more information of where to go.

'Times is hard', but we are weathering the storm well. Production is around 23% down, but seems better than most producers in the foundry game. We put this down to our versatility in the metals available and the ability to cope with the oddball castings, which nobody else seems to want. A very large, loyal customer base has spared the reliance on one or two companies to keep us busy. Of course the large variety of customers and their requirements keep us constantly updating, innovating and seeking new methods of production and quality.

With the erection of the new fencing and gates we decided to do a little landscaping around this area. As we have a well established clientele within the world of art we feel it is our turn to put something back in the other direction. So we have decided we will commission an artist to come up with something 'different' which will have a memorable welcoming impact on visitors. The artist sketch on the left by Dave Bradbury, is one idea being considered. When the commission is given, the artist will produce the sculpture initially in polystyrene, for our approval. We will then use the polystyrene, adding a base and fixing points, as a pattern for producing the statue in SG iron. The finished statue will be something special and bring Art and Industry together.